How Easily Things Can Go Wrong

(Based on a number of true incidents)

Do you recognise the product in this photo? 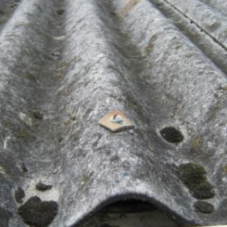 There are literally thousands of buildings around Australia with this product. Most, like this one, were not painted. Over time they have become affected by the environment and have also grown a layer of lichen and moss.

This story, based on a number of actual incidents, has been written to serve as a warning to make sure you know what you are doing before you start.

Mr X had purchased his dream retirement home down by the beach. Nothing too flash, it was a small bungalow with a corrugated asbestos roof.  He was looking forward to fishing & living quietly off his superannuation & pension but first it needed a bit of a cleanup.

Mr X was admiring his new home when he noticed the lichen growing on the roof.

“No worries a couple of hours with the gurney will have that off. I’ll hire a tradie to do it” he thought.

A glance through the Yellow Pages, a phone call and a contractor was organised.

Sure enough, within a couple of hours of the contractor arriving the lichen was indeed off, as was the surface of the roof, which was now spread over a wide area.

It almost looked like it had been snowing around the house.

To make matters worse it wasn’t just Mr X’s property that was affected: 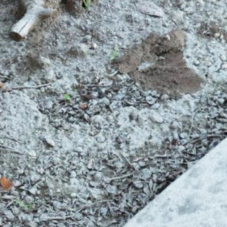 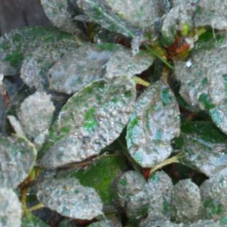 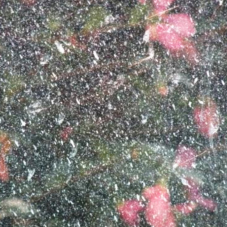 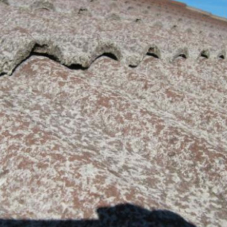 Photo 5: Footpath outside property boundary
(all that grey stuff is loose asbestos fibres)

All in all a wee bit of a mess. So let’s go over it again. What went wrong?

Contractors need to be aware of, and comply with, OH&S Regulations

The Victorian Occupational Health & Safety Regulations 2017 (which apparently the contractor he hired was not familiar with) state:

Regulation 216(1) Use of certain tools or instruments
(1) An employer or self-employed person must not use the following or cause the following to be used on asbestos unless the use is controlled-
(a) a broom;
(b) a brush (except when the brush is used for sealing);
(c) a high pressure water jet, power tool or other similar tool or instrument

That’s nice I hear you say but what the heck does that mean?

So in this case even to legally clean the roof with a brush – let alone a pressure cleaner – amongst the many safety precautions required (apart from fall arrest etc which are separate issues) would be:

There are also a whole list of EPA, WorkSafe and other requirements that you probably can’t be bothered reading now.

The mess created by not following the regulations took several teams of experts a considerable amount of time to clean up.

asbestos contaminated plants and soil were removed from all the affected properties. Streets and drains cleaned out, and everything not removable had to be laboriously cleaned by hand.

As you can expect, the outcome of all this localised environmental contamination incident included a large bill to the householder.

For one of these incidents (yes it has happened more than once) it was reported that the owner was left with a bill of over $200,000 dollars.  He also now has  several highly cheesed off neighbours and potential future health risks to an indeterminate number of people.

Both the owner of the property and the contractors involved could also face heavy fines in court.

The moral of our cautionary tale is this:

If you don’t know what the risks are, contact somebody who does. You may end up paying a little extra in the short term but the savings in cost, time and health can more than justify the expense.

If you don’t know what products contain asbestos or how it should be treated, stay safe and get expert advice before you start.